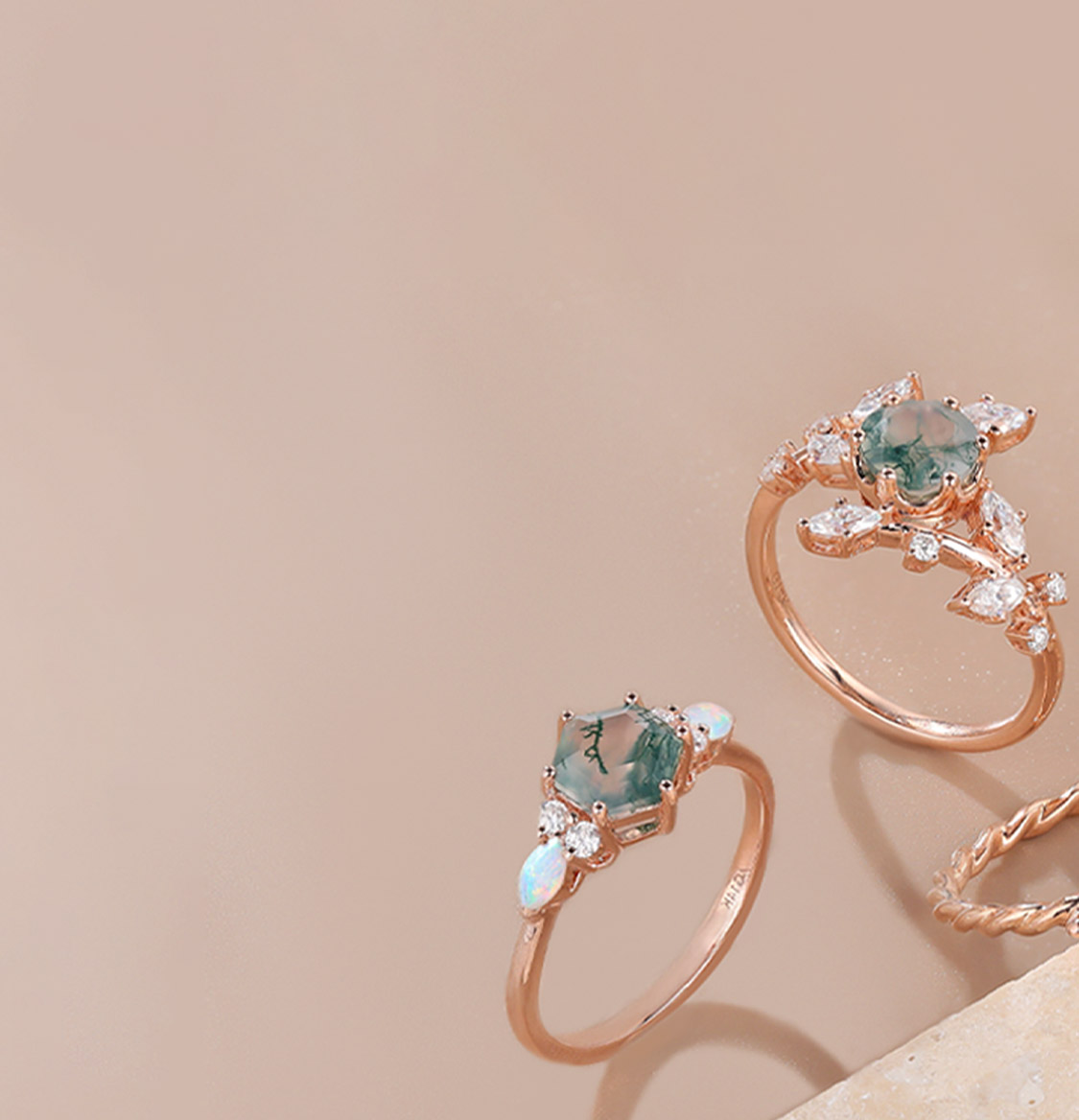 ONE OF A KIND
MOSS AGATE RINGS

SPARKLE IN YOUR UNIQUE WAY
SHOP NOW
Our Best Seller 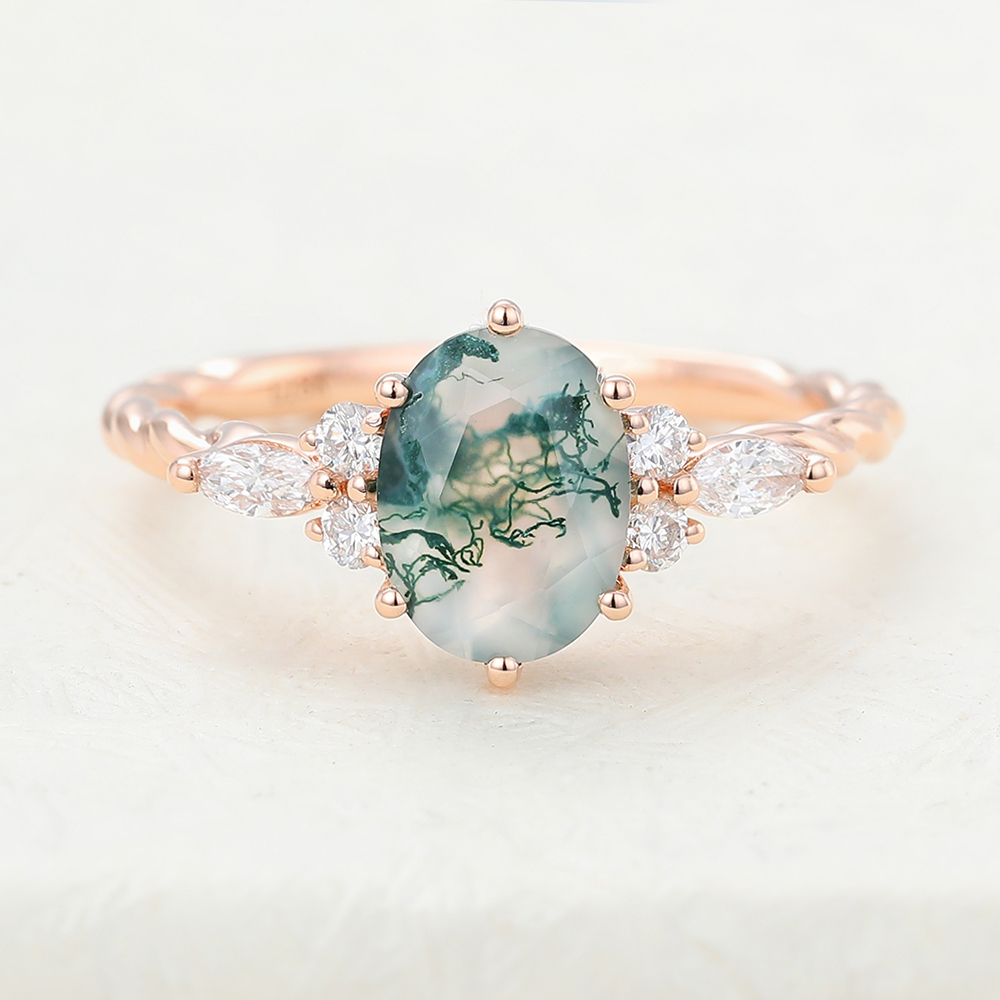 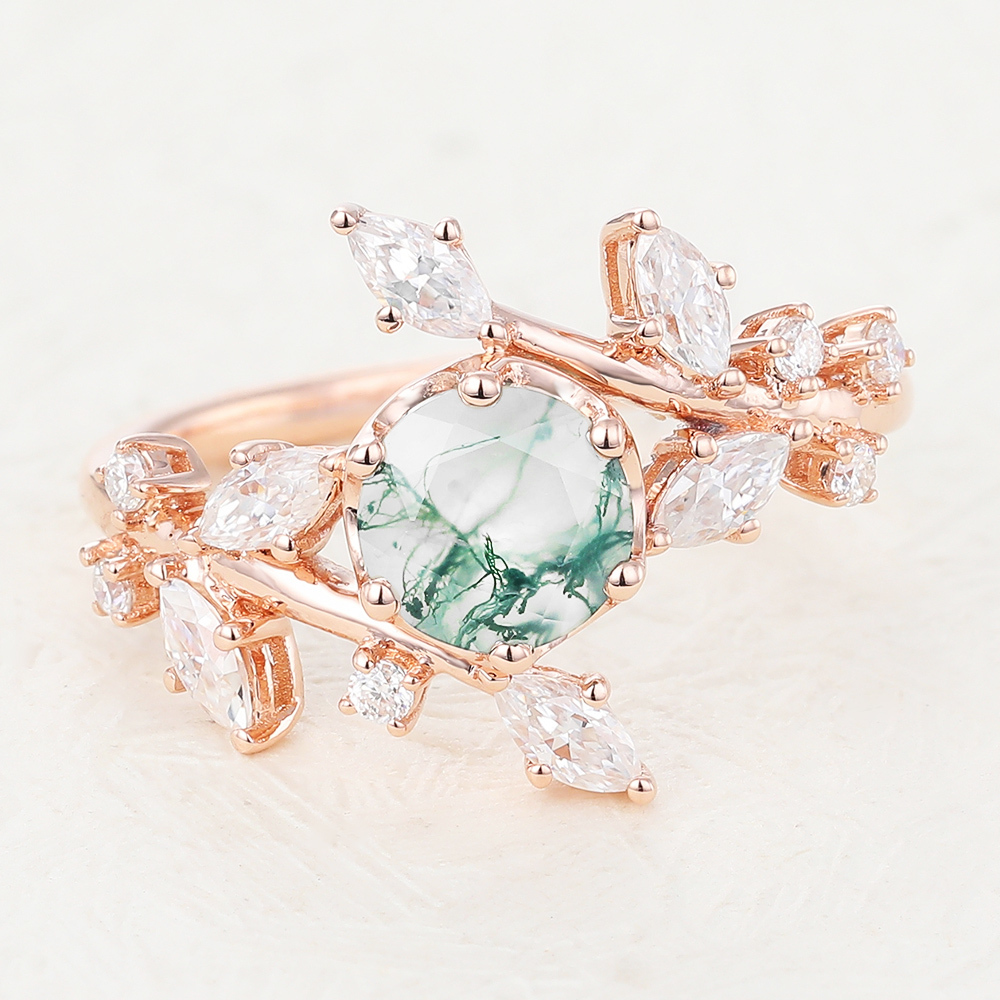 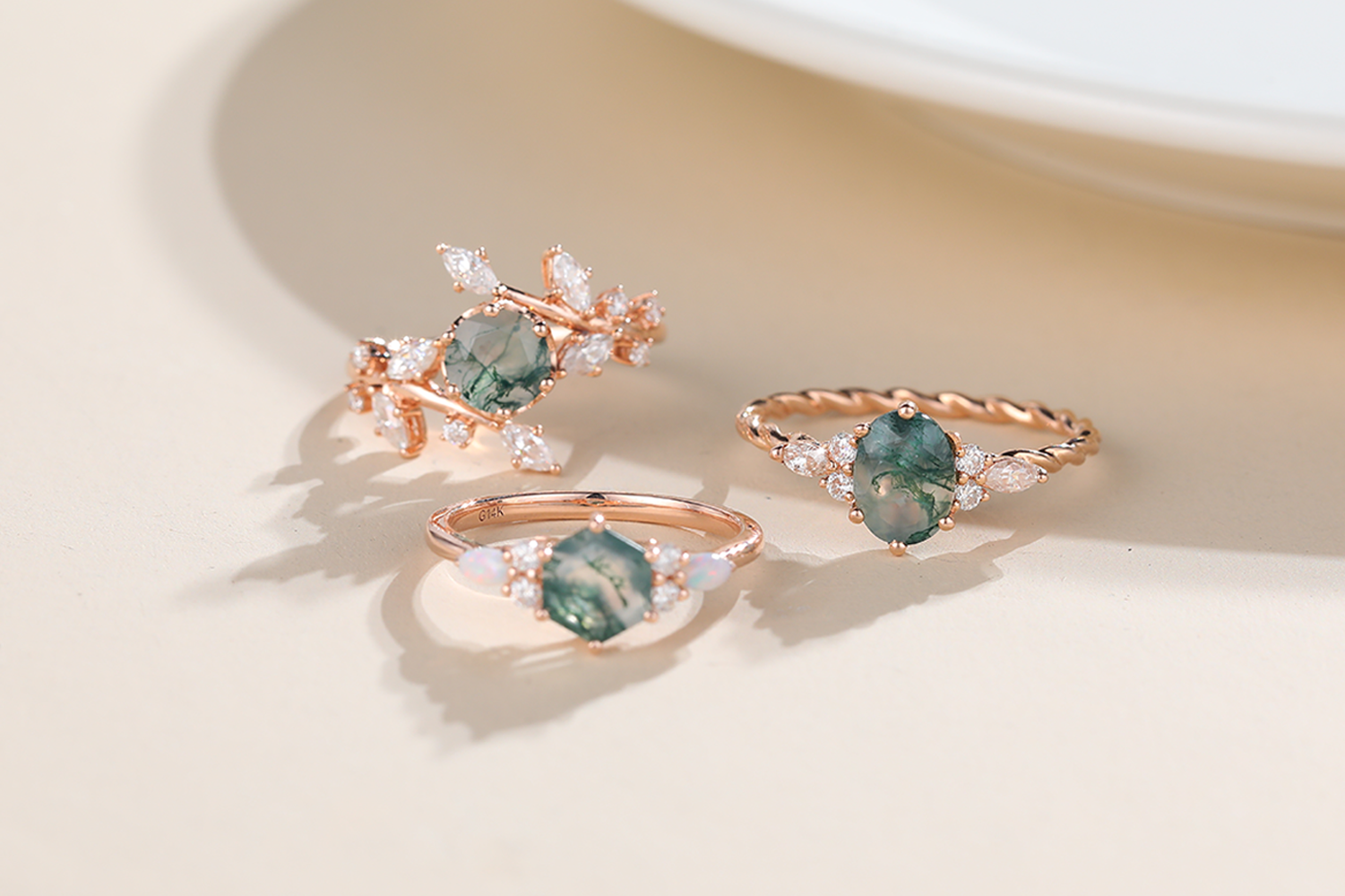 Moss agate is a semi-precious gemstone formed from silicon dioxide. It is a form of chalcedony which includes minerals of a green color embedded in the stone, forming filaments and other patterns suggestive of moss. The field is a clear or milky-white quartz, and the included minerals are mainly oxides of manganese or iron. It is not a true form of agate, because it does not have concentric banding. 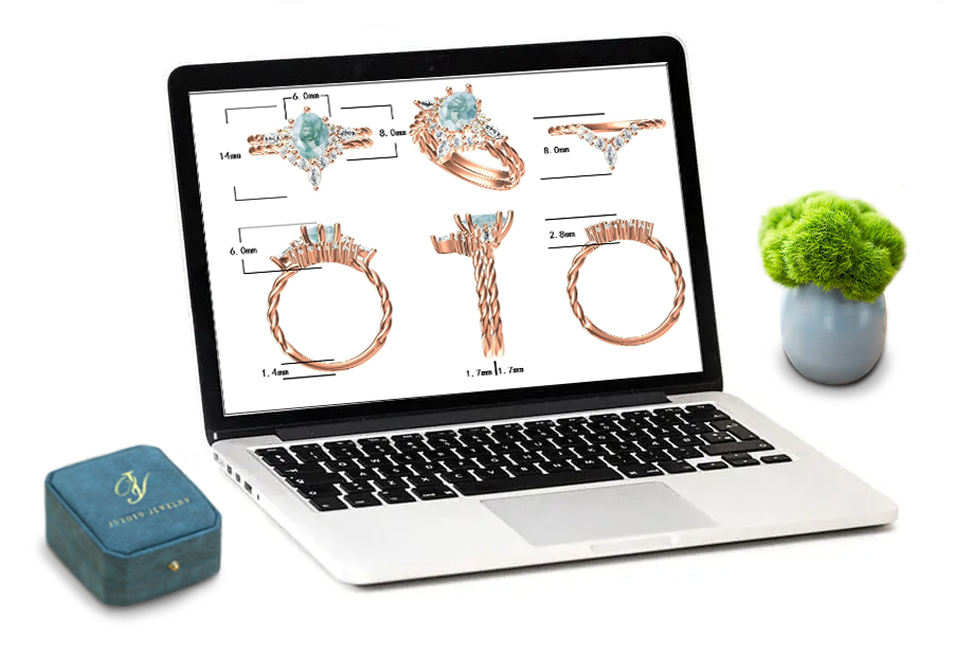 On our website, any style of ring can be made with aqua agate instead of the main stone. You are also free to choose the shape of the main stone you want. If you have your own ideas for a style that you would like us to make happen for you, please feel free to contact us.

CONTATCT US TO CUSTOM YOUR RING
Our Reviews
Design Your Own Ring
Start designing the perfect engagement ring with either the setting or a gemstone. Select from hundreds of stunning ring styles and then add some fancy stones. Finally, match your stone with a beautiful ring setting in the precious metal of your choice.
Start making now
Juyoyo Ring Style Guide
You're ready to propose, but choosing the perfect ring can be daunting. We have carefully categorized all types of rings for your reference. It's your lover, you know the best!
Read more